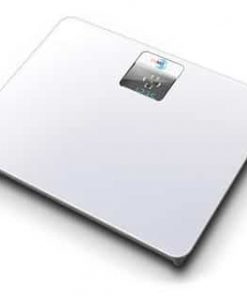 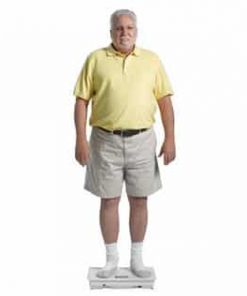 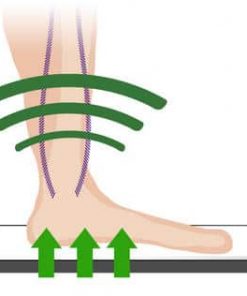 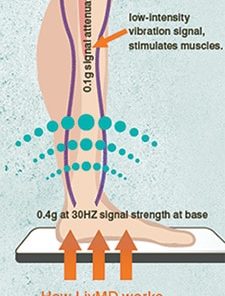 Just 10 minutes a day
Low intensity vibration therapy is an alternative or adjunct to exercise for gaining muscle strength.

When a person stands on LivMD for 10 minutes, they experience 30 accelerations, or vibrations, per second at a low magnitude of 0.4g (gravitational force). That’s 1800 per minute. See a demonstration of LivMD.

The body responds to these incredibly fast, compact, but gentle vertical vibrations by sending a mechanical signal to the cells in the body that can sense and respond to the stimulus (Woff’s law)

These extremely small, high frequency contractions generate correspondingly small forces on the cells, including bone, fat, cartilage, and adult stem cells in the surrounding tissue. This has been shown to have a positive effect upon bone density, muscle and mobility.

Using LivMD for 10 minutes a day has been shown to have many health and wellness benefits for various age groups.

LivMD is largely silent, and relaxing too. A user can talk on the phone, read or watch TV while using it. The user of LivMD feels a soothing buzzing sensation during a session.

LivMD is a safe*, scientific-based solution with these approved indications:

The research behind low-intensity vibration

Bones and muscles respond to dynamic loading and forces. Apply them or take them away and the tissue will respond accordingly1. Musculoskeletal deconditioning, that can occur through aging or disability, increases the risk of fractures. Exercise, such as walking and running is known to help maintain a good muscle and bone health. But these strategies may not be possible for frail, disabled or more elderly people. Low-intensity vibration, an acceleration of less than 1 gravity (g=acceleration of 9.81m/s2 and frequency greater than 30Hz) is a safe approach to this problem2.

Bones respond to both large low frequency and small high-frequency forces and grow more bone as a result. Taking away such forces increases the resorption of bone3. Muscle is similarly affected. As we age the faster contracting muscle fibers (10-50Hz) decline proportionately4.  This can lead to greater musculoskeletal instability and poorer quality. LIV acts as an alternative to these high frequencies small sized forces5. In scientific studies at a cellular level, LIV has been shown to stimulate bone formation cells (osteoblasts), while reducing production of fat cells6. It also reduces the activity of bone resorption cells (osteoclasts).

There are a number of human trials that evaluate the use of LIV as we age. In a placebo controlled trial in post-menopausal women LIV was shown in the women with high compliance to reduce loss of bone mineral (BMD) in the femoral neck, (Rubin 2004). In pre-menopausal women using LIV over 12 months, bones (hip and spine) and muscle in the lower back showed increases using LIV, (Gilsanz 2006). A more recent trial in post-menopausal women showed no significant difference with LIV compared to control, (Slatskova 2011). The placebo group in that study did not lose significant bone density over study period. In adults with Thalassemia six months of LIV use showed significant increases in whole body bone mineral content (BMC) and BMD, (Fung 2012).

A large study in 710 women over 60 years using LIV for 18 months, showed reductions in falls and fractures in the group using LIV compared to controls, (Leung 2014). There were significant benefits in muscle strength and balance and some bone benefit using LIV. The study concluded that LIV is effective in reducing falls and associated injuries.

LIV provides a safe non-pharmacological intervention for children and young people with osteoporosis. Children with disabling conditions, including cerebral palsy used LIV for six months and showed 18% benefit in tibial bone quality compared to control (Ward 2004). A second study showed increases in cortical bone strength after six months of LIV use, (Wren 2010). This is important to reducing fracture risk. In a more recent placebo controlled study in boys with Duchenne muscular dystrophy very significant bone improvements were seen from LIV use over 12 months, (Bianchi 2013). In girls with adolescent idiopathic scoliosis LIV was used for 12 months and significant BMD increases were shown in the femoral neck as well as increase in lumbar spine bone.

The low-intensity vibration signal delivered by LivMD is considered safe* for up to 4 hours of exposure per day according to the International Safety organization (ISO) threshold for human tolerance of vibration, ISO-2631. OSHA (The Occupational Safety and Health Administration) and the ISO have come out with specific advisories on duration thresholds for human tolerance, which is dependent on both frequency and duration. In the figure from ISO-2631, it shows
time (horizontal), and acceleration (vertical), with the dark “hockey-sticks” indicating how much time you can safely be exposed to these signals.

* As determined by International Organization for Standardization (ISO) and Occupational Safety and Health Administration (OSHA).

2. Chan ME, Uzer G, Rubin CT. The potential benefits and inherent risks of vibration as a nondrug therapy for the prevention and treatment of osteoporosis. Curr Osteoporos Rep 2013; 11:36–44.

There are no reviews yet.

Be the first to review “LivMD Vibration Plate” Cancel reply